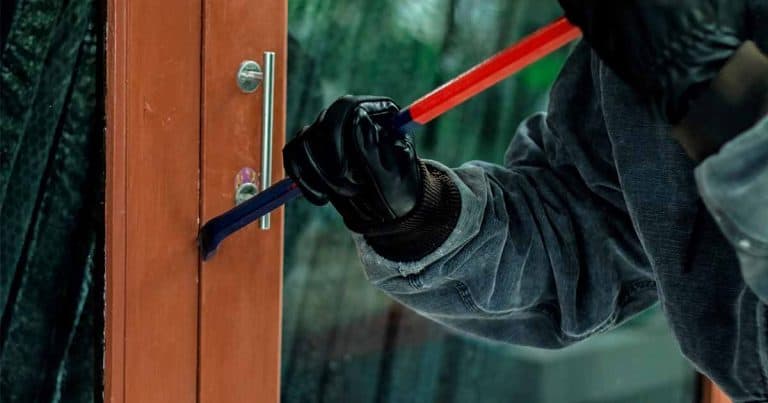 The FBI defines burglary as “the unlawful entry of a structure to commit a felony or theft. To classify an offense as a burglary, the use of force to gain entry need not have occurred.”

What can be burgled?

The FBI’s current definition is an updated version of burglary, which used to cover only unlawful entry into a house. Law enforcement expanded the definition to include any kind of structure.

The FBI even lays out a helpful list of structures (other than a house) that could be burgled:

Burglary from a motor vehicle is excluded by the FBI because motor vehicle theft has its own classification. Local jurisdictions and states may classify a car break-in as a burglary charge.

Now that you know that your railroad car or stable could be burgled, there are three different ways a burglary could occur.

If physical force or threats of force are used in the course of a burglary, it’s classified as a forcible entry burglary.

Evidence of force could be a broken window or door. It’s also considered force if the burglar uses violence or threats of violence to enter the home or obtain items once inside.

If the occupants are forced out of the home by the burglar, that also counts as forcible entry.

This is pretty much what it sounds like. If someone tries to force their way into a structure—but they don’t succeed—it’s called attempted forcible entry.

This is the opposite of forcible entry. If the burglar gained entry through an unlocked door or open window, it is considered unlawful entry without force.

If the perpetrator walks in through an unlocked door and then threatens the occupants or forces them outside, the classification would change to forcible entry.