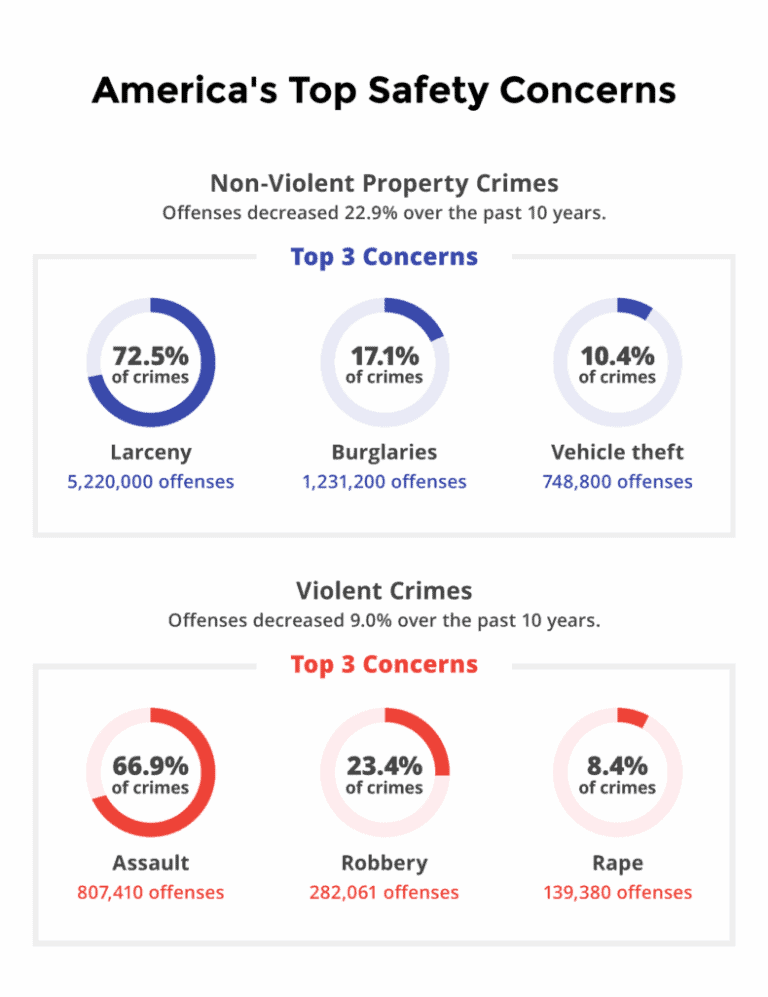 Did you know your garage door can be hacked?  Literally, someone can break-in in just 6 seconds. Learn more

safety concerns in the US

"When you’re moving to a new neighborhood, it’s important that you feel safe. Not only is neighborhood safety key for you and your loved ones, but it also helps the value of your home if you have plans to resell someday.  Certainly the following safety concerns in the US, especially with the pandemic haunting us, is a serious fear.  Read further for our 7 tools to check neighborhood

You’ll want to eliminate any dangers before you commit to a lease or buying a home. Keep reading to learn how to research the crime stats in your prospective neighborhood and determine the safety of your current one. 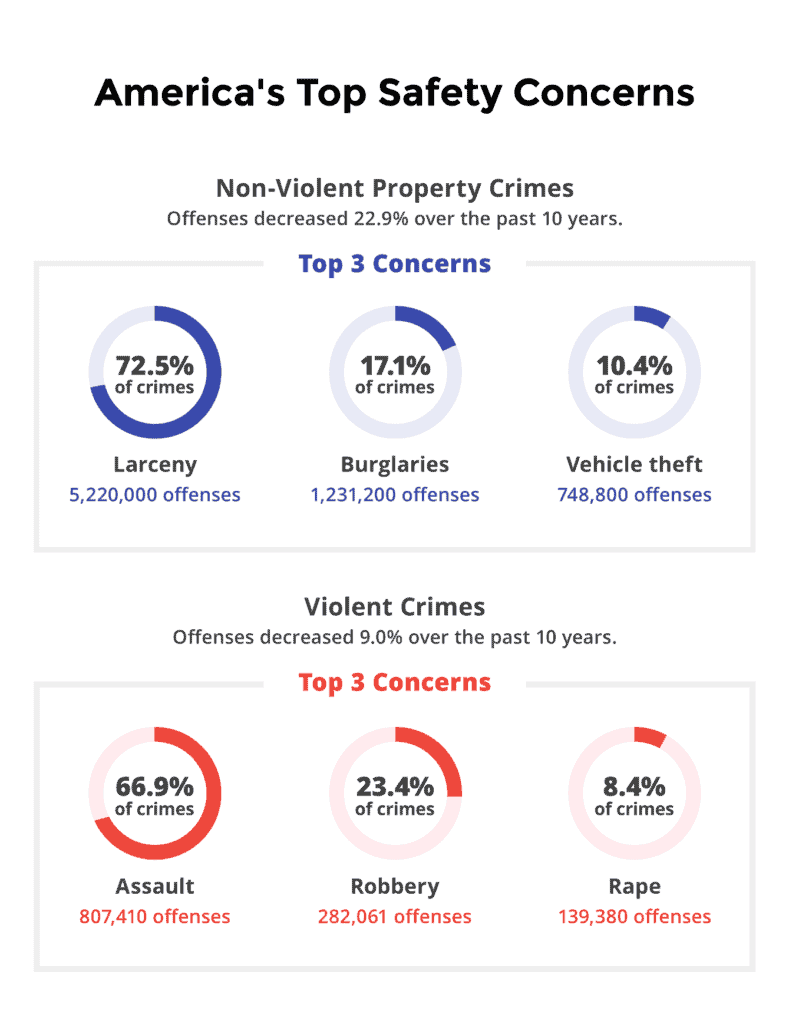 The FBI releases a report every year called the Uniform Crime Report. It’s compiled by law enforcement agencies across the United States. Its main purpose is to generate reliable information to communities, students, and legal teams. According to the FBI 2018 report, there were:

It’s important to note that these statistics vary every year and that crime overall has decreased. Reports show that violent crime has fallen 51% between 1993 and 2018. But statistics also show that there have been increases in certain crimes. For example, the rate of reported rapes has increased more than 2.6% year over year, to more than 120,000 cases in 2018.

The 2018 statistics show the estimated rate of violent crime was 368.9 offenses per 100,000 inhabitants, and the estimated rate of property crime was 2,199.5 offenses per 100,000 inhabitants. The violent crime rate fell 3.9 percent when compared with the 2017 rate; the property crime rate declined 6.9 percent.

These and additional data are presented in the 2018 edition of the FBI’s annual report Crime in the United States. This publication is a statistical compilation of offense, arrest, and police employee data reported by law enforcement agencies voluntarily participating in the FBI’s Uniform Crime Reporting (UCR) Program.