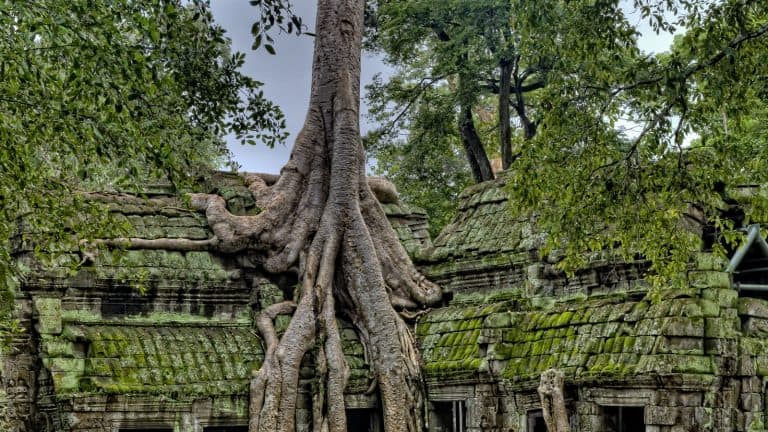 The history of garage doors dates back thousands of years, to 3500 BC or perhaps even earlier. That’s when the first wheels appeared. Since the first moment humans used wheels for transportation, they’ve been looking for places to park their vehicles. 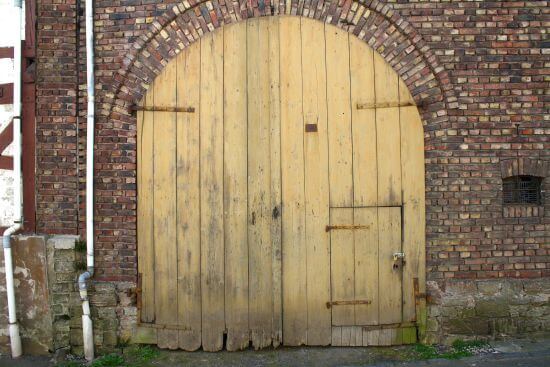 Carriage house doors hung from hinges and swung outward. To prevent sagging, the doors themselves included Z- and X-shaped designs that strengthened the doors and distributed their weight.

At the end of the 1800s, cars appeared and slowly began replacing horses and carriages. By the early 1900s, thanks to Henry Ford, cars began to proliferate — and storage became a problem. Garages began to appear, but only slowly. In fact, the term garage first appeared in the English dictionary in 1902, a derivative of the French term “garer,” which means shelter or cover.

The earliest cars needed shelter first because they were open — they didn’t have roofs. Early cars were also expensive, and owners didn’t want them to get soaked in a rainstorm or fill with snow. Because of this, many car owners parked them in barns or other existing structures. In urban areas without these kinds of structures, large, private garages appeared. These garages charged a monthly fee, but they still weren’t a perfect solution. 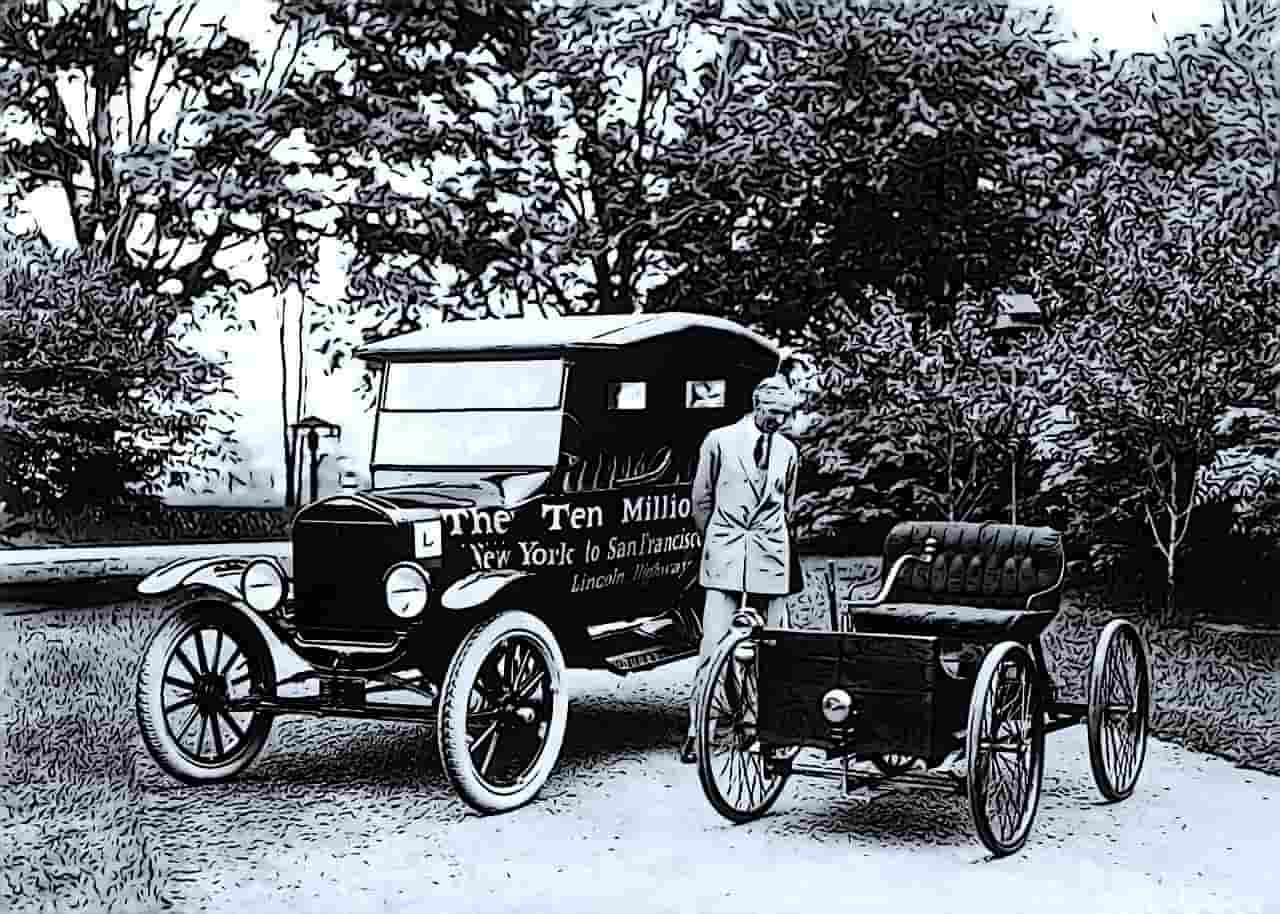 Soon cars became widespread. Not only did the private, fee-based garages begin to overflow, but automobile owners also started to note their shortcomings. For example, to get to your car in a private garage, you had to walk or find other transportation to get to the garage in the first place. This setup subtracted from the convenience of automobiles.

This is when personal garages began to appear. The Sears Roebuck catalog offered portable garages and mail-order garage kits, and the Sweet’s Catalogue offered the first upward operation garage door in 1906.

Early garage doors looked a lot like carriage house doors. They featured swing-out doors that created a problem when it was snowing or otherwise blocked, because the doors wouldn’t open. These carriage house-style doors wore down quickly and required regular replacement. Sectional doors soon appeared as a solution to these problems.

By the middle of the 20th century, architects began designing homes with garages attached. This made garages as convenient as possible, allowing homeowners to access their vehicles without having to step out into the elements. After World War II, cars grew larger and larger, and many households began to own two vehicles. Garages grew to accommodate multiple larger vehicles. By the 1960s, the garage represented about 45 percent of a home’s square footage.

Through most of the 20th century, garage doors were made of wood. The 1970s brought a shift in materials, making steel, aluminum, fiberglass and other materials. These new materials were a predecessor to the unmatched options home and business owners enjoy today, including composite materials with synthetic insulation. Aluminum and glass garage doors are also popular with the owners of contemporary homes. 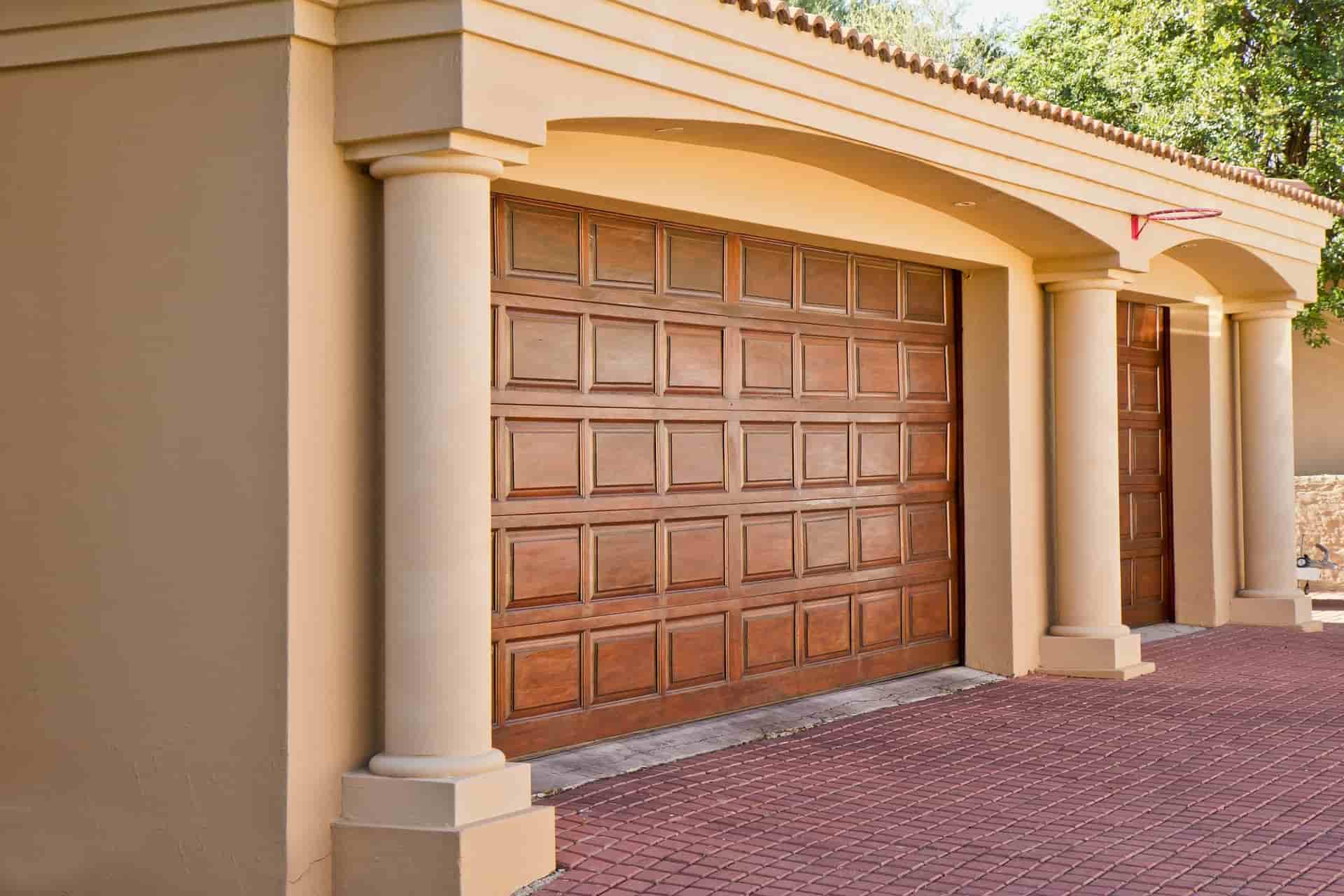 Through the 1980s, garage doors did not retract when they came into contact with something. This created an expensive mistake if a car was left parked under a door, and it created a dangerous mistake if the door closed on a child or pet. A nationwide law passed in the 1990s that required sensors that would signal garage doors to retract if they came into contact with an object before reaching the threshold.

Interestingly, many homeowners are now seeking out carriage house-style garage doors that include the convenience of upward operation. About 80 percent of homes today include at least a single-car garage, and nearly 20 percent of newly constructed homes include three-car garages. Given the convenience a garage presents, it serves as the front door for many families.

There’s also significance beyond vehicle storage. 85 percent of homeowners use their garages for something beyond simple storage of their vehicle. For example, many modern corporations like Hewlett-Packard, Apple, Google and Amazon first started in garages. Where would they be without garages and garage doors?

What will you use your garage for? How would you like it to look? At Custom Overhead Doors, we have served homeowners in Raleigh, Fayetteville, Greensboro, Greenville and other North Carolina communities for more than 25 years. We can help connect you to high-quality, durable garage doors from respected manufacturers. Contact us today!