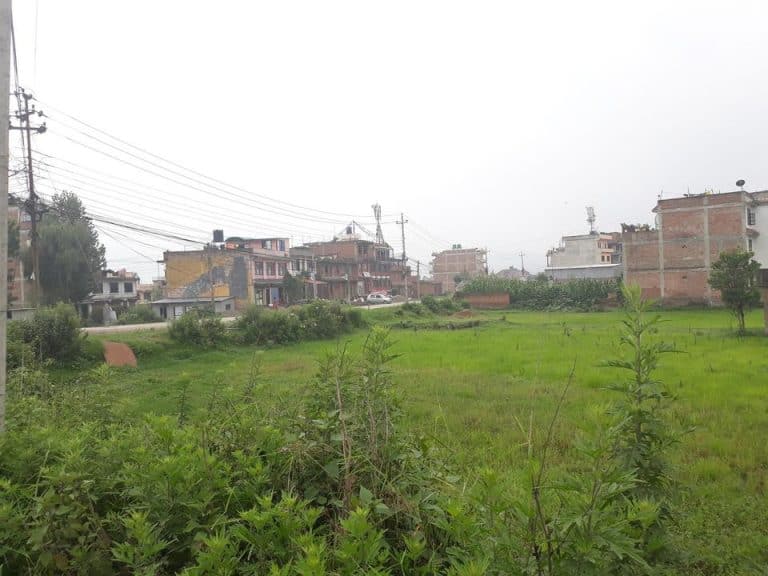 What’s That in Your Garage?  Carpenter Ant Frass vs. Termite Frass

What’s That in Your Garage?  Carpenter Ant Frass vs. Termite Frass

It’s finally time to tackle your garage, so on a sunny Saturday, you roll up your sleeves and get to work only to find something odd: a small collection of what appears to be wood shavings or saw dust.  Don’t touch it!  This could carpenter ant or termite frass.

Frass, also known more commonly as droppings, is a sign that you’ve got an infestation of ants or termites in your garage and it most definitely shouldn’t be handled.  Droppings from carpenter ants and termites look similar and it can be difficult to tell the difference between the two.  Both termites and ants leave droppings that resemble wood shavings, both in color and in cone-like shape.  However, there are a few telltale signs you can look out for to narrow down which insect has taken up residence in your garage. 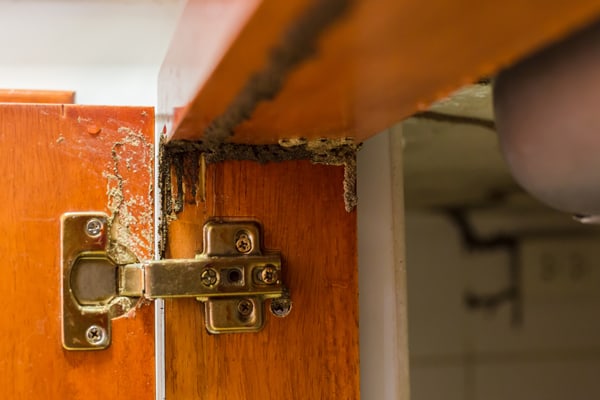 If You’ve Got Carpenter Ants on Your Hands

Carpenter ants have one goal: establish an expansive nest system.  Like all types of ants, they’re quite efficient in achieving this process, tunneling out extensive galleries for their colonies in decaying wood.  The first sign of their presence is the frass they leave behind, which homeowners can spot quickly.

Carpenter ants work as a cohesive unit to dig into damp wood.  Their first order of business is to make small slits that tunnel up to the surface.  This is to remove the frass out of their pathways, which fortunately for you, will make the infestation noticeable right away.  Carpenter ant frass differs from termite frass in the fact that ants don’t consume the wood they chew through.

Carpenter ants have the habit of cleaning and polishing their way to their nests.  Alternatively, subterranean termites use a large amount of soil and mud to create their nests.  Wood that’s been taken over by carpenter ants may appear undamaged because of their organized tunneling, but a homeowner can verify their existence by the small holes these creatures make to push out the debris, and from the debris itself.

The frass left behind will contain dead insects and resemble wood shavings in varying lengths and shapes.  Carpenter ants tend to be organized about their frass, too, leaving it around the nest openings.  Termites, on the other hand, consume the wood they tunnel, and their frass produces pellets of equal size and mass. 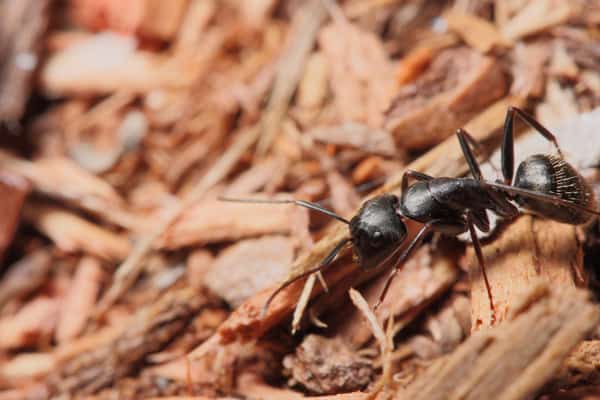 If Subterranean or Drywood Termites Have Moved In

Termites are hungry little creatures.  The major difference between termites and carpenter ants is that termites (and some beetle larvae) actually consume the wood.  As a result, this makes the frass produced by termites visually and biologically unique from carpenter ants.

As you can see, termite frass doesn’t contain insect parts as ant frass would.  Another key difference is the size and shape of termite frass.  Termite frass, more specifically drywood termites, are only about 1 millimeter in length, oval-shaped, and usually left in piles, scattered around the nest instead of at the openings, as carpenter ants would.

There’s another type of termite that may have taken up residence in your garage: subterranean termites.  They’re trickier to detect because as their name suggests, these insects don’t leave visible signs of their existence above ground.  Subterranean termites may not have visible frass like their drywood cousins, but you can detect them from other indications like wormlike mud tunnels that weave up your garage walls.

Drywood and dampwood termites tunnel into the wood and set up camp, meaning they won’t come out once they’ve established their internal nest.  Their frass is a telltale sign of that you have a termite problem, because there might not be any other clear-cut way to tell of their infestation.  Check beneath damaged wood for scattered swarms or droppings, analyzing its size and shape to tell whether you’ve got carpenter ants or termites in your garage. 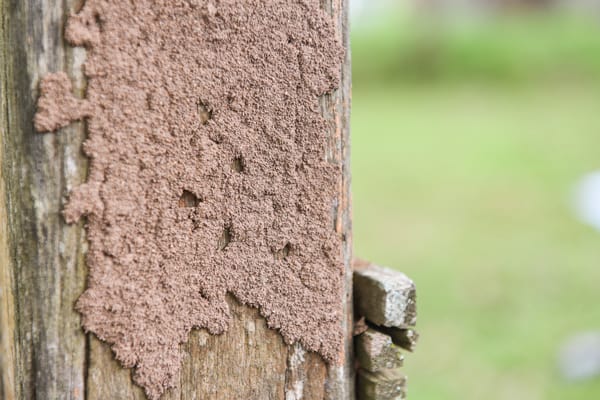 What to Do Next?

So, you’ve found frass in your garage.  Maybe it’s on damaged wood, near an opening, varying in size or shape, or maybe it’s scattered beneath the wood with all of the fecal pellets visually identical.  Perhaps it’s still impossible to tell.  Either way, you’ve got termites or carpenter ants making themselves at home in your damaged wood—you’ve got a problem to deal with.  Here’s what you should know:

If you spot signs of termites or carpenter ants, call in the professionals right away.  You don’t want these pests causing structural damage to your home or your garage.